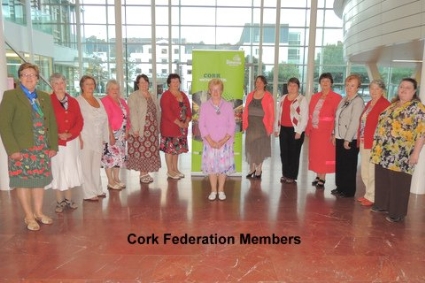 In Co. Cork there was an innovator, in the person of Josephine Mangan, who worked with rural people in her capacity as Poultry Instructor under the direction of the then County Committee of Agriculture. It was she who recognised the usefulness to her clients and others, of this rural organisation and, in due course, she was instrumental in establishing the first Guild in Co. Cork, in Clonakilty, in the year 1930. Other Guilds followed and as soon as regular meetings, suitable premises and programmes were introduced, a joint meeting was organised. This meeting was to form the nucleus of the Cork Federation of the ICA. This first meeting took place on 25th January, 1936 at Bandon.