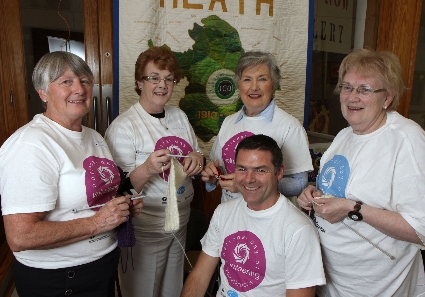 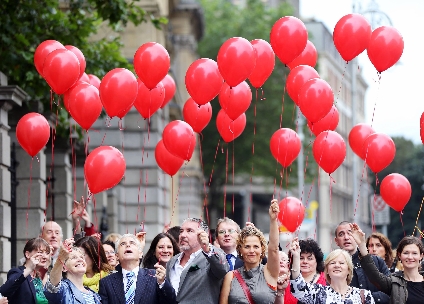 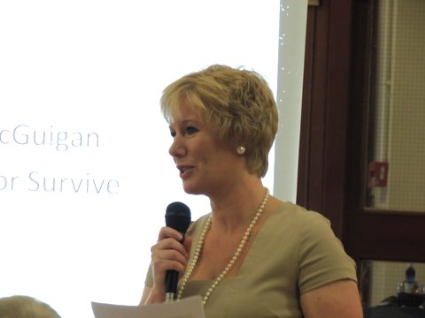 The ICA has a long history of being an active voice for change in Ireland, and our association helped to bring about some of the most important social changes in the life of an Irish woman and the Irish family over the last 102 years.

These included the introduction of the Montessori teaching method to pre-schools around Ireland. The introduction of Adult Education in the 1930s, “The Turn on the Tap” initiative to bring safe piped drinking water to every home in Ireland and to education of women when Electricity in the home was first introduced in the 1950s. More recently the ICA has worked on many health initiatives including Breast Cancer research, raising awareness of the dangers of Asthma in Children, raising funds for The Irish Heart Foundation and working to improve mental wellness.

Today, the ICA is affiliated to and works with a number of other organisations including the Positive Childhood Campaign, The Ombudsman for Children, The Craft Council of Ireland, The National Women’s Council, the Water Services Committee, Bord Bia, The resettlement unit of Migrant Integration, The Irish Cancer Society, The Irish Asthma Society, The National Breast Cancer Research Institute , Women for Election, AONTAS (The National Adult Learning Organisation) COSC (The National Office for the Prevention of Domestic, Sexual and Gender-based Violence), The Irish Farmers Association (The IFA), Macra Na Feirme, Volunteering Ireland, NAMHI (The National Association of People with an Intellectual Disability), Foras Eireann, The Carers Association of Ireland, The Wheel, Teagasc, The Rural Water Schemes and The Gathering Ireland 2013.

Today the National Officers of the ICA make Pre-budget submissions to the Irish Government on an annual basis. They inform the Government on issues affecting the members and ensure that there is adequate provision for those members in areas of housing, accessing local services, health, travel, pensions and many more.

At National Level the ICA works in partnership with a variety of other civil society organisations fighting for changes in our society. On recent partnership is with the T.O.R.L (Turn off the Red Light) alliance and together with 55 other organisations the ICA has called for the end of prostitution and sex trafficking in Ireland. Trafficking women and girls for the purpose of sexual exploitation is a modern, global form of slavery. We believe that the best way to combat this is to tackle the demand for prostitution by criminalising the purchase of sex.

In August 2012 The ICA along with the other 55 organisations submitted its case for outlawing paid sex to a Dáil Committee reviewing the laws on prostitution. The detailed document outlines how changing the law will make it far more difficult for pimps, human traffickers and other criminals to continue their exploitation of women. The ICA submission has been sent to the Joint Oireachtas Committee on Justice, Equality and Defence.

In 2006 organisations working with older people came together under the name Older and Bolder to call for the development of a national strategy on ageing. It was clear that a planned approach to giving old in Ireland was needed. In 20120 190 submissions were made by organisations and individuals on the strategy including a detailed submission by Older and Bolder.

Most people in Ireland want to age well at home and supporting older people to do shot is a stated objective of successive governments and makes economic and social sense. The ICA has adopted the charter set out in the principles of Older and Bolder’s “Make Home Work” campaign.

The Charter aims to give voice to those who have the right and want to age well at home.

Voices of Older People: Older people must have their voices included and heard in relation to their care as they age.

Community Care: Care which supports people to stay at home must be integrated in all health care planning and reforms

Linking Services: Home and Community Care must have strong links to primary health care and to hospital care

Health is more than medicine: Community care must include social supports like transport, educational and cultural activities to ensure older people can continue to play a vibrant part in their community.

Access to services: Older people, their families and carers must have clear, consistent and equitable pathways to community care entitlements and services regardless of where they live. This includes access to a uniform assessment of their own needs and the needs of their carers and access to a register of professional home-carers.

Information about services and supports: The HSE must provide clear national and local information about the availability and distribution of community care services like home care, respite care, day care centres and hospice care.

When home no longer works: We recognise that for some people, staying at home will one day no longer be possible despite high levels of support. When this happens, high quality affordable “home from home” residential care should be available within the local community.

Age proofing services: People should not be excluded from health care, including screening, treatment or rehabilitation services on the ground of age alone.

The ICA is keen to work in partnership with organisations that have similar values and aims. As mentioned above the Association is founded on the aim to develop and improve the standard of rural and urban life in Ireland. One of the most disturbing stigmas that still exist in Ireland today is that of talking about our Mental Health. Too many people suffer depression alone and in silence as they feel they have no-one to talk to and voice their feelings. There is still a belief in Ireland today that it is better to go to prison than a mental institution as the stigma is less.

The ICA has joined forces with S.O.S. (Suicide or Survive) which is dedicated to removing the stigma associated with mental health and suicide prevention. A major part of their work is giving people the tools to improve their own mental wellness. As part of that work they have developed “Wellness Workshops”. The key objectives of the workshops include

In May 2012 the ICA partnered with S.O.S and together we aim to raise awareness of mental health issues in Ireland and to educate all generations in matters related to mental health wellness. ICA and S.O.S collaborated on an initiative to mark World Suicide Prevention Day on 10th September. The activity included a High Tea and Talk Campaign which involved members hosting afternoon tea events to raise awareness of the issues and to raise funds to go towards suicide prevention and mental health education in their area as well as raising funds to hold Wellness Workshops in every Federation in Ireland. A flagship event took place in An Grianán where women of influence and ICA members met and together to make a difference and break down the stigma associated with mental health.

There are a number of National Events in the ICA calendar which enables our members to meet and exchange views and have fun together. These include:

The Regional Meetings in Spring and Autumn

The Harvest and Heritage Fair

The Knitting and Stitching Show

Special Anniversary Events including the Centenary in 2010

The Aras An Uachtarain Garden Party