Skip to content
Use these buttons to quickly scroll to page sections Top Tools for Solidarity Mwanza Sewing and Training Centre – MSTC Which support is offer by MSTC? How does MSTC operate? Who gets the support? Why refurbish the sewing machine overseas? Feedbacks Bottom
Use these buttons to share this page Email Twitter Facebook Google+ Linked In Pin It 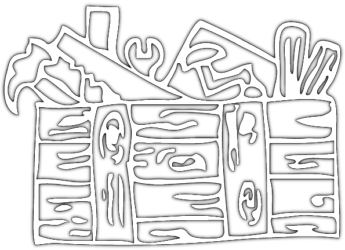 Tools for Solidarity is a voluntary charitable organisation based in Belfast and Downpatrick which supports artisans and communities in some of the poorest countries in the world by providing high quality refurbished hand tools and machines.

Tools For Solidarity collects, refurbishes and ships out old and unwanted hand tools and sewing machines to skilled tradespeople in Africa. This act of solidarity enables them to become more self reliant and have some hope for the future.

The Mwanza Sewing and Training Centre (MSTC) is a joint venture between a Tanzanian organisation – Small Industries Development Organisation (SIDO) – and Tools for Solidarity.  In 2007, the Mwanza Sewing and Training Centre was opened to help with the development of the tailoring sector amongst the poorest sections of both rural and urban areas of the Lake Region of Tanzania.

Which support is offer by MSTC?

MSTC is supporting the tailoring groups by giving them access to high quality sewing machines and training. Each year between 300 and 400 groups are sent a support kit which includes a sewing machine, training on machine maintenance, a week long design course and some materials.  The centre is also offering to the different districts an intensive training on mechanics to learn how to fix the sewing machines.

How does MSTC operate?

In the different districts, local artisans are contacted by the local authority. Their needs are then assessed to make sure that they get the right kind of support and the right type of machine.

The centre is self-financing within the country which allows the project to develop in response to the needs of the tailoring sector. For this reason a contribution is asked to the tailors who receive the support kit.

Who gets the support?

Why refurbish the sewing machine overseas?

The peculiarity of this project is that the sewing machines are refurbished in Tanzania by two trained local mechanics. There are several advantages in this approach: the skills are transferred to the country where the sewing machines are used; it facilitates the integration of maintenance, operational and design skill training, lastly it offers the possibility to develop other goods and services from the centre, such as technical training and local treadle production.

“Made in Tanzania” treadles

With the input of the Mwanza Sewing and Training Centre a group of artisans created an new design of treadle. Each year, hundreds of treadles are now produced by local artisans in Mwanza.

“I didn’t know how to make both women’s and men’s suits but through trainings provided to us, I am now a good tailor on suits as you can see here in my garment”

“I have been working with SIDO-Mwanza since the inception of this project but compared to so many other projects, we have through this project been able to increase our collaboration and networking with the community and all other actors. As I person, I see this as a success and an achievement for us all”

“I’m the Chairman of the small producers’ resource centre, which is operating under the Public Private sector Partnership policy. The MSTC-SIDO project has brought many changes in most tailors in Sengerema. Besides, this project has capacitated our local networks in terms of trainings on entrepreneurship skills and as a result our members who are the beneficiary of SIDO are doing much better in this aspect”

“Although I have been a tailor for quite some time, I could not know how to make suits but when I got the trainings on dress designing from SIDO-MSTC I started to make suits. Many people are now coming to me for suits, this has really impressed me and helped to improve my income”

“After realising that the SIDO-MSTC machines were sold at cheaper price, I decided to have two. This has really helped my income and was able to buy a plot of land on which I have already started to build a house”

“When some of us started to receive machines from SIDO-MSTC, we set a target that we should ensure that each of us gets a machine of his own. We now have 15 machines in the groups”

“I bought 2 machines from SIDO-MSTC which brought me dramatic business changes. I later on decided to employ two more people since my business was growing”

“The training I got from SIDO-MSTC on maintenance and repair of sewing machines influenced my career, I’m now capable of undertaking all necessary maintenances to any kind of sewing machine. Currently, I have many customers from different places of Magu District, this helps me to be able to sustain my livelihoods”